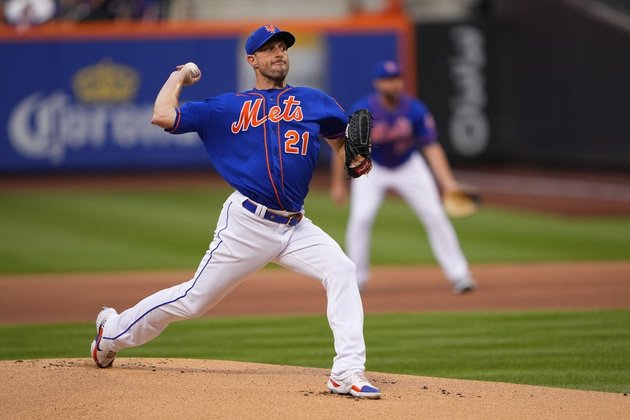 But the more appropriate classic rock hit for the Mets this season might be Bachman-Turner Overdrive's "Takin' Care of Business."

The Mets will look to remain red hot Friday night, when they areslated to host the Philadelphia Phillies in the opener of a three-game series between a pair of surging National League playoff contenders.

After hosting the Phillies this weekend, New York hits the road for 10 games in nine days against Atlanta, Philadelphia and the AL East-leading New York Yankees.

The Mets, who haven't trailed in the last six games, outscored Cincinnati 21-5 in their latest series after outscoring Atlanta 19-9 in the final three games of a four-game series that ended last weekend.

"We come off playing, obviously, Atlanta and we're getting ready to head into a stretch that's going to be real challenging," Mets manager Buck Showalter said. "There's a challenge to playing in those three games. I was real proud of the way our guys were focused and driven to finish what they had going on."

"It's hard. That's hard -- as hard, in a lot of ways, as what they were able to accomplish against Atlanta."

The Phillies have accomplished plenty by overcoming a slow start -- they were 22-29 when manager Joe Girardi was fired June 3 -- to climb into the NL's second wild-card spot.

Philadelphia, which is 40-20 under interim manager Rob Thomson, is a half-game ahead of the San Diego Padres in the race for the second wild card and 1 1/2 games above the Milwaukee Brewers.

"I think that we established ourselves the last couple of months as a playoff team," Phillies pitcher Kyle Gibson said after he took the loss Thursday, when he allowed three runs (two earned) over six innings.

The Phillies have thrived despite the absence of reigning NL MVP Bryce Harper, who suffered a broken left thumb when he was hit by a pitch June 25. Philadelphia may be without another slugger Friday after Kyle Schwarber, who leads the NL with 34 homers, left Thursday's game with a right calf strain.

"I want to be back as quickly as I can," Schwarber said, referring to his return. "But I also don't want to do anything that's outrageous to hurt the team and be down an extended amount of time, too."

Scherzer earned the win in the second game of a doubleheader last Saturday, when he tied a season high by striking out 11 over seven scoreless innings.

Suarez also won Saturday after giving up three runs over 5 1/3 innings in the Phillies' 11-5 victory over the Washington Nationals.