Power Restored in Toronto After Outage Leaves Businesses in Dark 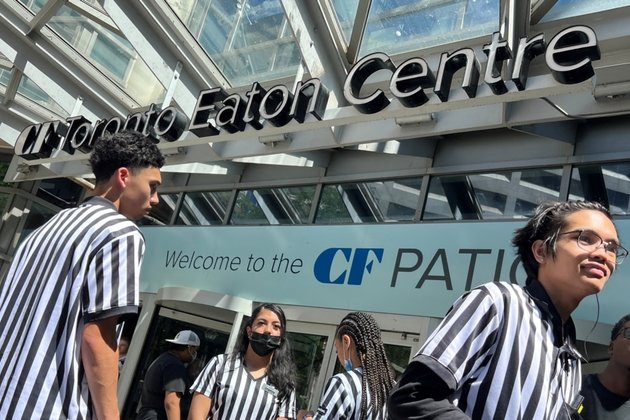 TORONTO - Power was restored in downtown Toronto on Thursday after an outage left the offices of Canada's top businesses in the dark, forced the evacuation of one of the city's biggest shopping malls and trapped people in elevators.

'Earlier this evening, Toronto Fire cleared the station allowing our crews to safely reroute and restore power to Toronto Hydro,' it said in a statement, referring to the company that distributes electricity in downtown Toronto.

Toronto is Canada's biggest city and its financial capital, and the central business district is home to the country's largest banks, insurers and the stock exchange operator.

The power failure saw workers from downtown towers spill onto the streets, taking to sidewalks and parks, while shutting down many cafes and restaurants during peak business hours.

Toronto Fire Services said it had responded to 'numerous calls' for people trapped in elevators.

'Came to town for the day - hopped in an elevator just before the power went out. Still in here. Terrible timing,' Canada's immigration minister, Sean Fraser, said in a tweet at 1:10 p.m. He had since left the elevator.

Branches of the biggest banks, including Royal Bank of Canada, Toronto-Dominion Bank and Bank of Montreal, in the affected area were locked and staff were seen sitting in the dark in some locations, according to a Reuters witness.

Neither of the three banks made any immediate comment.

'It was 12:39, we were working in the office and suddenly it went blank,' said Santiago Orazco, who works in Scotia Plaza, in downtown Toronto. 'A bunch of people have exited from the emergency door along with us.'

The Toronto Stock Exchange said its offices temporarily lost power but its systems did not. The University of Toronto said some buildings were impacted.

The outage caused traffic lights to stop working in one area, according to a Reuters witness.

The outage started around noon EDT (1600 GMT). Some Hydro One customers aired complaints on Twitter.

The power failure comes just over a month after a system glitch at Rogers Communications Inc crippled telecom services for large number of users and services across Canada for nearly 19 hours.